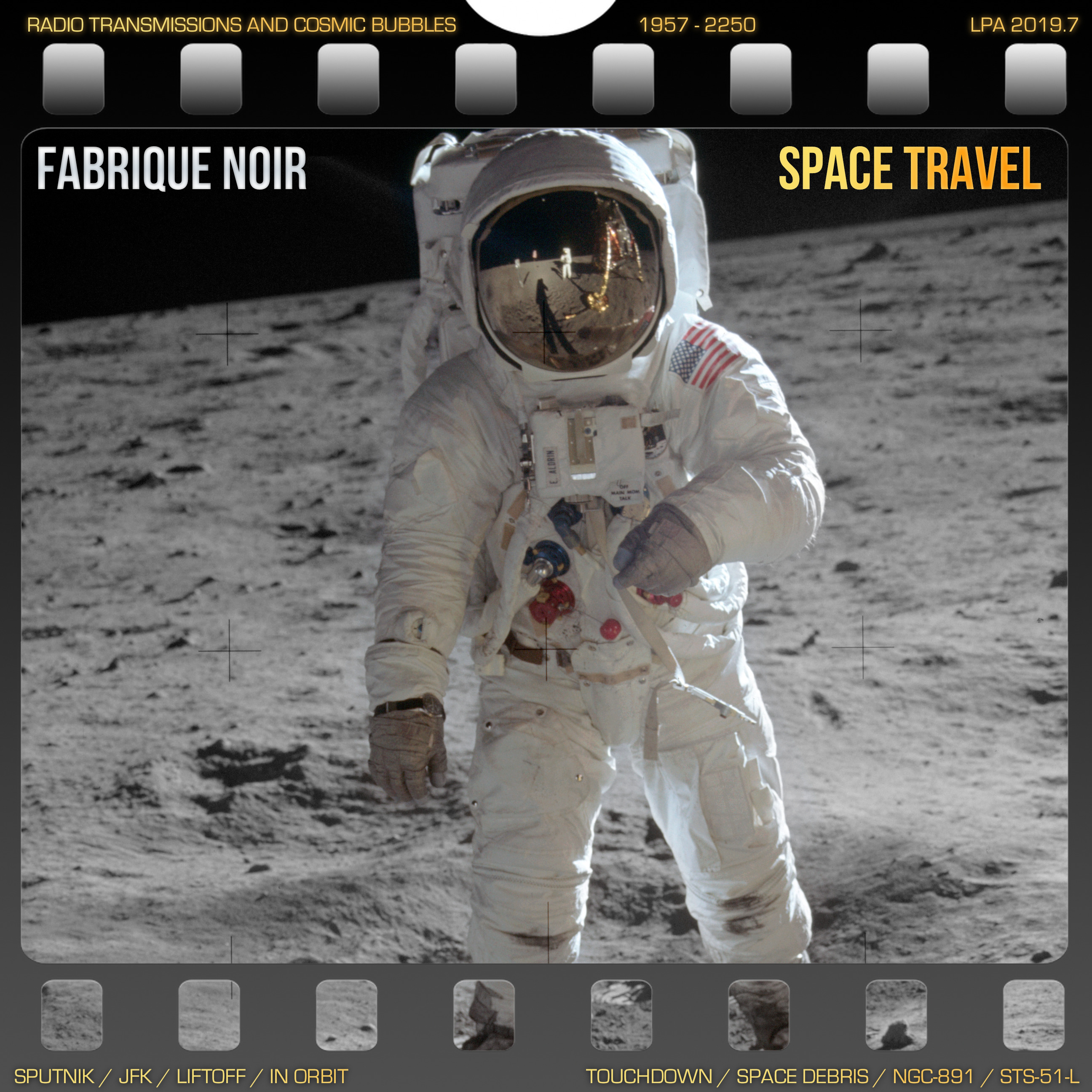 Space Travel is an electronic album celebrating human space exploration, including the 50th anniversary of the legendary Apollo 11 mission.

I often think in terms of (minimal) story lines when composing a track. Here are the shorts for this album:

The year is 1957, where our russian friends are shocking the rest of the world by successfully planting a satellite into a stable earth orbit.

The sudden high when you just left the ground and the landing is still far away. A feeling of almost endless possibilities being at your disposal.

The astronaut Joshua just landed alone on mars and – while pondering about space and time – questions his destiny.

A melancholic track about a janitor in space who becomes a part of what he has been ordered to destroy.

Fast forward to the year 2250, where space travel has lost its nimbus of exclusiveness and adventure, becoming a commodity. We're having a short look at NGC 891 where a well-known spacecraft performs maintenance duties.

This track is dedicated to all the brave souls who died while risking their lifes to advance humanity. In particular I thought of the Challenger mission STS-51-L where the seven astronauts died during the launch on January 28, 1986.